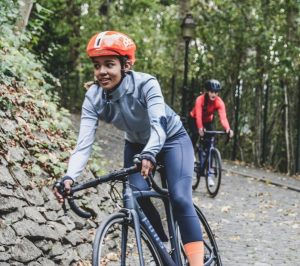 When debating various topics, one which frequently pops up is that of mountain biking versus road cycling. They are similar, or so many would think, right? Yes, they are, but not entirely. The way you ride changes and the bicycle you use also changes, sometimes drastically. Road bikes cannot be taken offroad, unless the road is flat and without bumps, rocks or other things which can damage its frame and wheels, and on the other hand, mountain bikes are only slowing you down on asphalt. So, should you consider mountain biking or road cycling as your next hobby? Here is a look at both.

Do not take this the wrong way, road cyclists can get into a lot of danger, as well, particularly given that they can go really fast and that they are often in traffic with vehicles (many of which are careless when it comes to cyclists). Yet, mountain biking is by itself dangerous, or rather, more dangerous, particularly for the rookies. 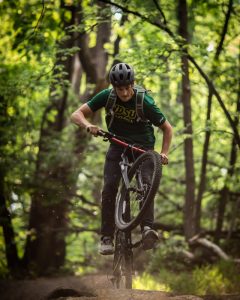 You need a mountain bike, or rather, a bike which parts were made to withstand going off road, bumps, drops, rapid changes in the pressure on the frame, tyres and suspension. They are by their nature, heavier, with thicker frames and suspension which can save you from lots of hurt, on your wrists and posterior, to be precise.

Mountain biking can be divided into various categories, like cross country, which is less dangerous than downhill, but also has less adrenaline. Depending on what kind of mountain biking you would like to do, your bike will need to be more or less expensive. Light mountain biking, and you can get away with a hardtail, but for more extreme variants, more expensive full suspension bikes will be required.

Road bikes, given that they are built with the purpose of being used on paved surfaces, are extremely light and therefore easier to transport. Road cycling is great when you have well paved surfaces. Luckily, you can avoid most potholes with a bike easily. You can go really fast and use it as a means of transport. A close relative to a road bike is a touring bike, which is a bit more robust and has the necessary gear for you to place your baggage, so that you can travel long distances with some comfort. A road bike can be cheaper than a mountain bike, especially since they do not need suspension, neither front or rear. With that in mind, road bikes are fragile. Your wheels and tyres are thin and you can damage it significantly if you fail to notice the sewer grating which dropped ten centimeters due to excessive wear.

Which is the Right one For You?

That depends on what kind of cycling you plan on doing. The best answer to this is, why not both? Get a relatively cheaper road bike for commuting and traveling light and fast and a mountain bike to go off roading a bit, to get your thighs active, as well as the rest of your body. Mixing and matching means that you can have the best of both worlds. Most cyclists who try either one, often end up trying the other, and having more than a single bicycle.

Whether road or mountain biking, the answer lies in the love for cycling. Both are unique and can challenge you in their own ways. A cyclist often ends up having two bicycles, to suit their on and off road cycling needs. If you try both of them, chances are that you might like both.