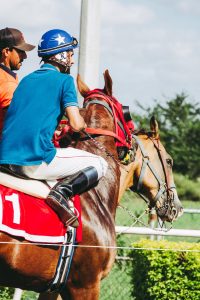 The world of horse racing is a very large one. It is first and foremost a business, at least for many of the people involved. Where there are large sponsors involved, there is a lot of money involved, meaning that there will be plenty of people putting the money before the sport. In horse racing, that tends to be rather dangerous, as both horse and rider can get injured.

Speaking of horse racing and Japan, the Tokyo Derby, among other races, makes Japan one of the countries you must visit if you enjoy horse racing. Here are some of Japan’s most famous horse races.

This is an international horse race which takes place on the last Sunday of November. It is one of the world’s richest races, with a purse of around 5.8 million dollars. It is an invitational race, meaning that only racers deemed worthy can be invited. This is, of course, done through ranking, not an ambiguous code. The race is 2400 meters long and can have 18 horses only. They have to be at least 3 years old and only 10 horses trained outside of Japan can participate. The race was first held in 1981 and was established as an international race in order for local horses to get a dose of international competition. Alongside other prestigious events in horse racing, it is considered one of the great end-of-the-year events.

The Tokyo Yushun, also known as the Japanese Derby, is one of the three races which make the Japanese Triple Crown. The other two are Satsuki Sho and Kikuka Sho. The race was established in 1932, meaning it is one of the older horse races in Japan to still be going. It is 2400 meters long, and 3 year old colts and fillies are allowed. The race used to be for Japanese bred horses only, up until 2001. From 2001 and onwards, internationally bred horses were allowed, which made the race more approachable for some jockeys.

These are some of Japan’s most prestigious and interesting flat horse races. There certainly are more, but they fall under different categories. Horse racing is very popular in Japan so if you are a fan, this should give you another reason to visit the Land of the Rising Sun.